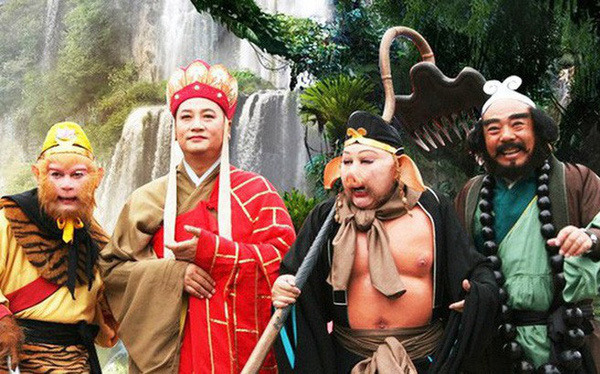 When it comes to Chinese cinema, many people immediately think of Kung Fu. However, it is more diverse than we think.

The films of this country represent various historical developments and skillfully present its culture on the big screen.

While some films are brimming with action and humor, there is also a deep and intense side often explored in the industry.

Today we came up with a list of the 10 best Chinese movies of all time, in our opinion. Every film on this list deserves to be seen at least once!

With a budget of up to 50 million US dollars, ‘The Wandering Earth’ is a Chinese movie blockbuster that is extremely well-invested in content and images.

The setting of this movie takes place in the future when scientists discover that the Sun is constantly expanding, threatening the entire Earth and the whole solar system.

To save the Earth from destruction, humans have joined hands to carry out a risky plan called “Earth Wanderer” to push the Earth out of the solar system.

It is considered the best Chinese solo film of all time with the participation of many big stars, bringing success and creating a box office fever.

The film’s content is based on the true story of a cancer patient’s journey to import cheap but unproven cancer medicine from India for 1,000 Chinese who had cancer in 2004 of Lu Yong (陆 勇).

Mr. Donkey is a humorous Chinese movie title that leaves a lot of impressions on viewers’ hearts while skillfully reflecting on the negative issue of education.

The film is about four teachers in a remote area. Because they wanted to develop education in this area, they invented fake people, causing a lot of trouble.

It is considered one of the best Chinese solo films of all time, which is the brilliant work of the director and actor Jiang Wen.

With a unique narrative style, the content of Devil On The Doorstep satirizes the Chinese resistance against the Japanese invaders in 1937.

In 1930, a father sent a girl to a wealthy winery owner to marry him. In a nearby rye field, she meets a servant with whom she falls in love.

After the husband died, she was the sole heir, so she arranged the winery and field as an ideal community she ran with her mistress.

The film follows the journey of a homeless man to a kung fu master of Sing.

Throughout his journey, he will accompany the inhabitants of a crowded apartment complex named Pigsty Alley against the Ax Gang.

Journey to the West is adapted from the work of the same name by Wu Cheng’en, about the journey to “Western Regions” to ask for sutras of four teachers and students, including Tang dynasty Buddhist monk Xuanzang, Sun Wukong, Zhu Bajie, and Sha Wujing.

Along the way, the four have faced countless difficulties and dangers and the threat of many monsters.

This series is based on actual events in the life of Sima Yi, who lived from 179 to 251, a military general and government official who lived in the Three Kingdoms period of China and late Eastern Han dynasty

It is a Taiwanese coming-of-age romance film. This film is about Ching-Teng, a naughty student, and Chia-Yi, an exemplary and beautiful student.

This Chinese television series is adapted from the novel Water Margin (by Shi Nai’an, 14th century), one of the Four Great Classical Novels of China literature.

You have reached the bottom of this article. Hopefully, you’ll enjoy our recommendations for the best Chinese movies.

Thank you for reading!